All artwork on this website is copyrighted by the artist and may not be duplicated without permission.

Frank has a vast knowledge and passion for music.  Recognizing rock 'n roll's influence on the history of music, Frank transforms his music passion into art.

Ain't Never Too Old To Rock N' Roll, or at least love it and old movies and old posters and everything else that someone my age grew up on. 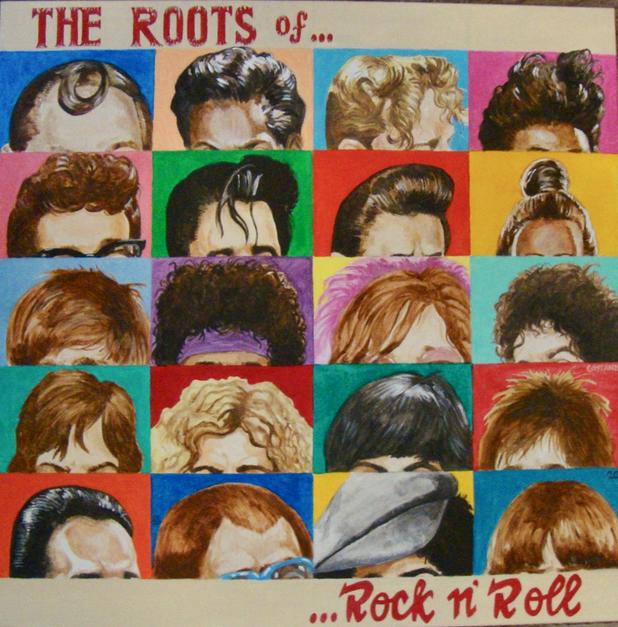 The world is full of experiences.  Everybody has some type of memory, hobby, adventure, family experience, among other things that they want to capture.  Frank takes the aspects of these and brings them to life.. 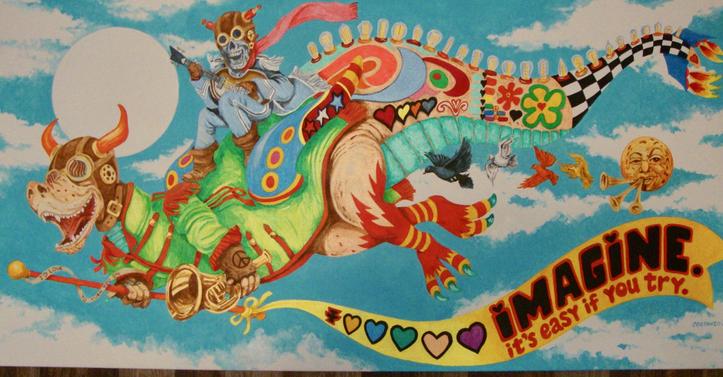 Whether it is current events or historical moments, Frank captures the topic and the people and presents them in various ways from funny to thought provoking.

I consider myself more of an illustrator than an artist. With attention to detail, I love bright colors and a retro style similar to the old rock n' roll posters of the 1960's with a little bit of the circus thrown in. A background in advertising has inspired me to incorporate many different type faces into my many of works
So if anything, I hope I can convey that sense of nostalgia, excitement, and whimsy from rock's golden age, that seems to be making a big comeback. Oh, and I have no problems tweaking the political landscape and other topics of the moment in this current world we live in.
I have done various shows throughout the region and my work has been featured at the Nebraska Governor's Mansion.

My biggest honor was to do the artwork for the 50th anniversary shareholders meeting for Berkshire Hathaway and Warren Buffet.
In the near decade since my previous career ended, I have had work in a number of galleries, including New York City and California and have had numerous newspaper and magazine articles written about me.
I hope I might bring inspiration to many other Baby Boomers that it's never too late to live your dreams.

This NEVER gets old! 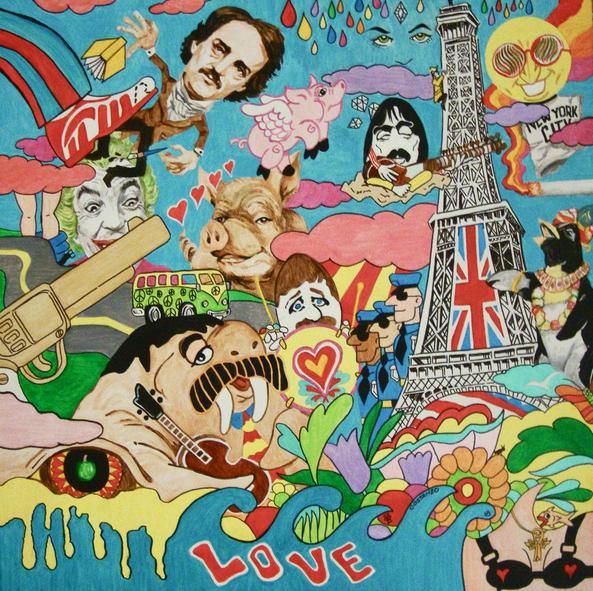 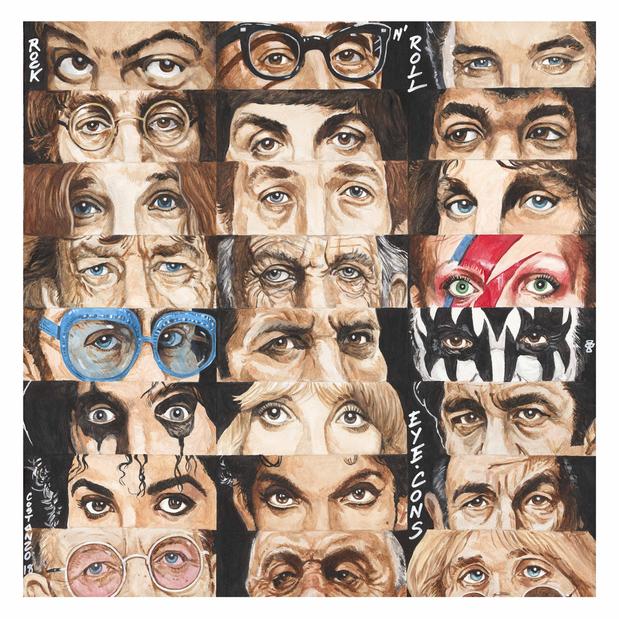